A few weeks ago, Windsor Circle was acquired by OSG.

There’s a tremendous amount of validation in this moment.  My band of warriors started a journey seven years ago at great risk and peril.  No incomes for a year or two.  An idea on a napkin, that turned into a team, that turned into a beta product, that morphed into Windsor Circle, a leader in Predictive Marketing Platforms that raised $15MM in Venture Financing and won Google Demo Day to national acclaim.

We’ve been working on a fascinating problem…  reducing data and data science to push button simplicity for the marketer.  Over our 7 year journey, we’ve made a ton of progress and have learned a lot of lessons, the two most important of which are Product Marketing Fit, and Leverage.  I’ll tackle these two subjects separately.

I often get asked about product market fit.  What is it?  How do you know you have it?  Once you have “it” then what?

My current working definition for product market fit is “virality.”  We spent a lot of time at Windsor Circle doing client satisfaction surveys, and polling for NPS scores, etc, (FWIW, NPS scores turned out to be one of the strongest correlated measurements to renewal/churn).  But I think at some level the notion of product market fit is simpler.  The real question is “have you built an offering (product/service/whatever) that your customers can’t wait to talk about?”  I stumbled into this realization a year or two ago with two different product offerings.

The first product is Slack, the messaging app. Honestly, I’m still not 100% certain that it made our lives better at Windsor Circle.  In essence, it moved internal email communications out of gmail and into a new instant messaging paradigm.  While it fit our frenetic societal mentality of instantaneous and omnipresent communication, it blew away some long standing cultural adaptations around email (for example, using the email inbox as a to-do list).  It created yet another place to have to look for institutional knowledge.  But the fire-and-forget format of chat is alluring, and both our sales team and our engineering team had spun up instances and were absolutely in love.  They professed this fascination far and wide…  and people throughout our organization jumped in.  As leader, I finally had to declare that our value of “Single Source of Truth” was being threatened and that we needed to go all in or get all of the way out.  Fearing a complete mutiny, we switched to Slack and made clear corporate guidelines about communicating wholly in Slack for internal discourse and wholly in email for external conversations.  The lesson here, despite my obvious reservations, is that Slack was on fire.  Everyone was talking about it.  Everyone was recommending it.  And their adoption (and valuation) has gone through the roof. 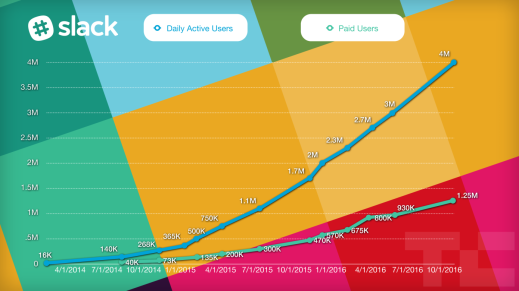 The second is Scott’s Cheap Flights.

The power of this product is its simplicity and the value it creates.  In a nutshell, you sign up to be notified of when an airline drops its prices on certain routes.  It’s as simple as that.  There are no sponsored deals…  no gimmicks…  No clickbait.  He (Scott, presumably) finds when routes go on sale, and emails it to the list when they do.

And I’ve told everybody I know about it.

We saved $2,000 when eight of us (two families of four each) to Spain last year.  We’re saving similarly on a trip to Montreal this summer for 11 of us.

What’s interesting about this offering is it’s simplicity.  You can’t go to the site and search for deals.  It doesn’t have gizmos and widgets and data science thingys.  It’s just an email a day.  It shows you where the deals are.  It characterizes some insights like “we think this deal will last for 24 hours”.  It has a button that preloads a google flights search with that deal in it.  Super, super simple.  And super, super valuable.

First things first…  if you’re creating exceptional value in any form, people will be excited about it and share the good news.  If you’re not seeing that virality, you need to work on the product and how your target audience consumes it.  We definitely had a phase at Windsor Circle where we scaled the sales effort on the back of an initial product market fit, and it lead to churn.  We had PMF for innovators but not for the mass market and it caused us a ton of pain because we scaled into the mass market before we’d truly achieved PMF for that segment.  Simply put, the innovators solved for some product deficiencies through creativity and hard work.  The Mass Market wants the “easy button.”  That’s not a knock on the mass market.  It’s a reality check that you have to solve for PMF in phases.

What could we have interpreted better about these early signals?  We were good at asking for referrals and getting quotes.  We took that as the signal that we had PMF.  A much better indicator would have been a high flow of inbound, unsolicited referrals.  In another way of saying that, our strength in sales and marketing masked a product market fit problem that really only expressed itself once we were in the mass market and started seeing churn due to non-usage.  We’ve corrected a lot of those deficiencies, but only after some harrowing times (a strategic pivot upmarket, a restructuring that cut into a team that I loved dearly, etc).

There’s a completely separate issue here, and that is having enough dollars to innovate against a hard problem long enough to get PMF.  That doesn’t meant that we (I) should be let off the hook for making good strategic decisions…  but there is a reality that if you’re tackling a really hard problem, it may take more time and dollars than you realized when you took that first angel round.

I’ve got a few more posts worth of thoughts about this…  to be continued.